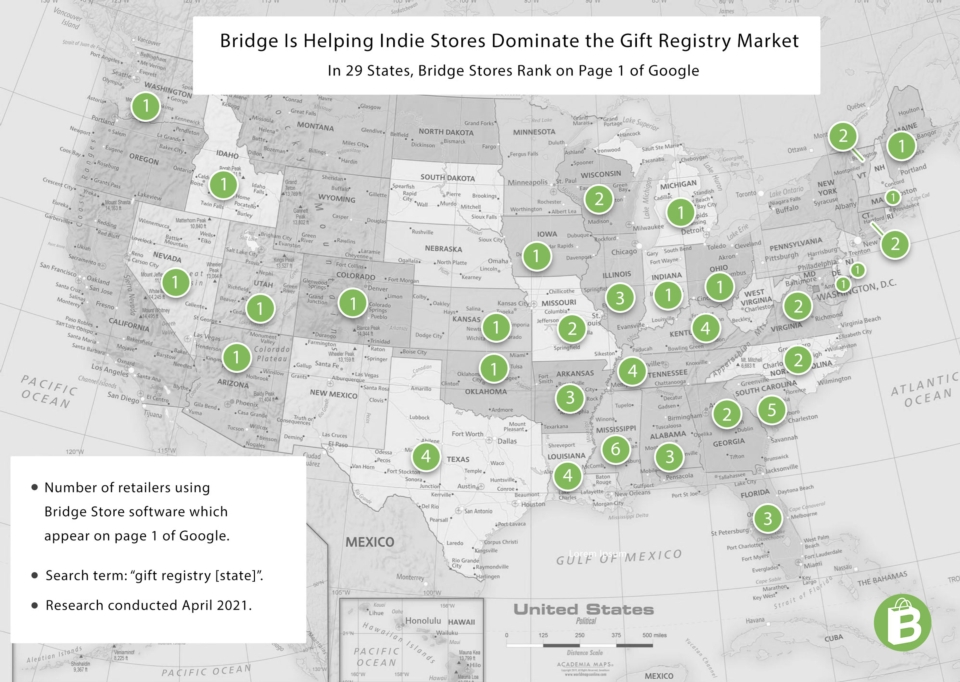 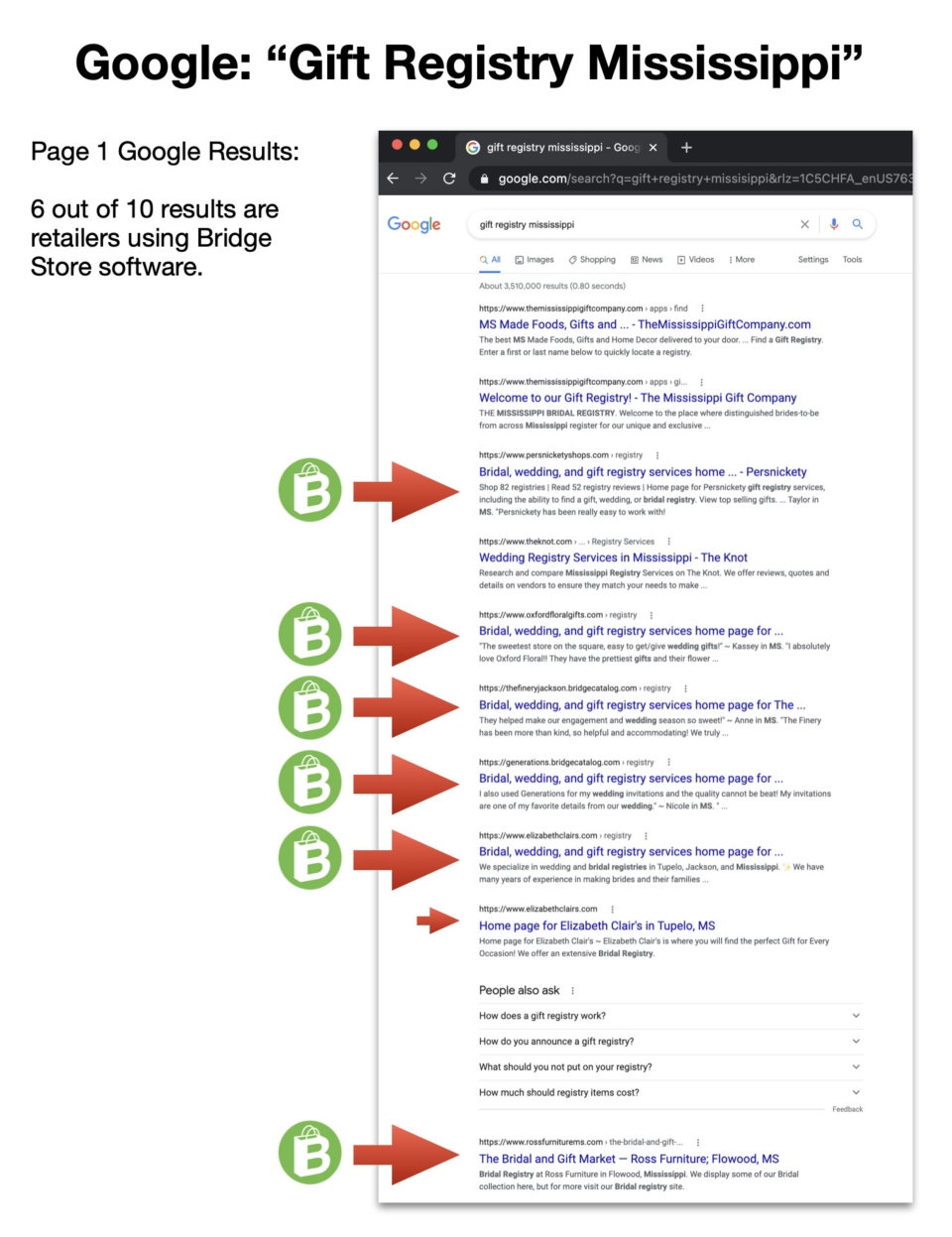 In 29 States, Our Stores have a Page 1 Google Ranking

When searching for gift registries, Google displays on page 1 more retailers using Bridge software than any other retailer or software provider. Retailers powered by Bridge Store software consistently beat big-box stores, such as Bed Bath & Beyond, Walmart, and Target. Bridge retailers also ranked higher than stores that use other e-commerce software such as Shopify, Big Commerce, and Wix.

We researched results for 29 states in which Bridge has one or more clients...Read more of post 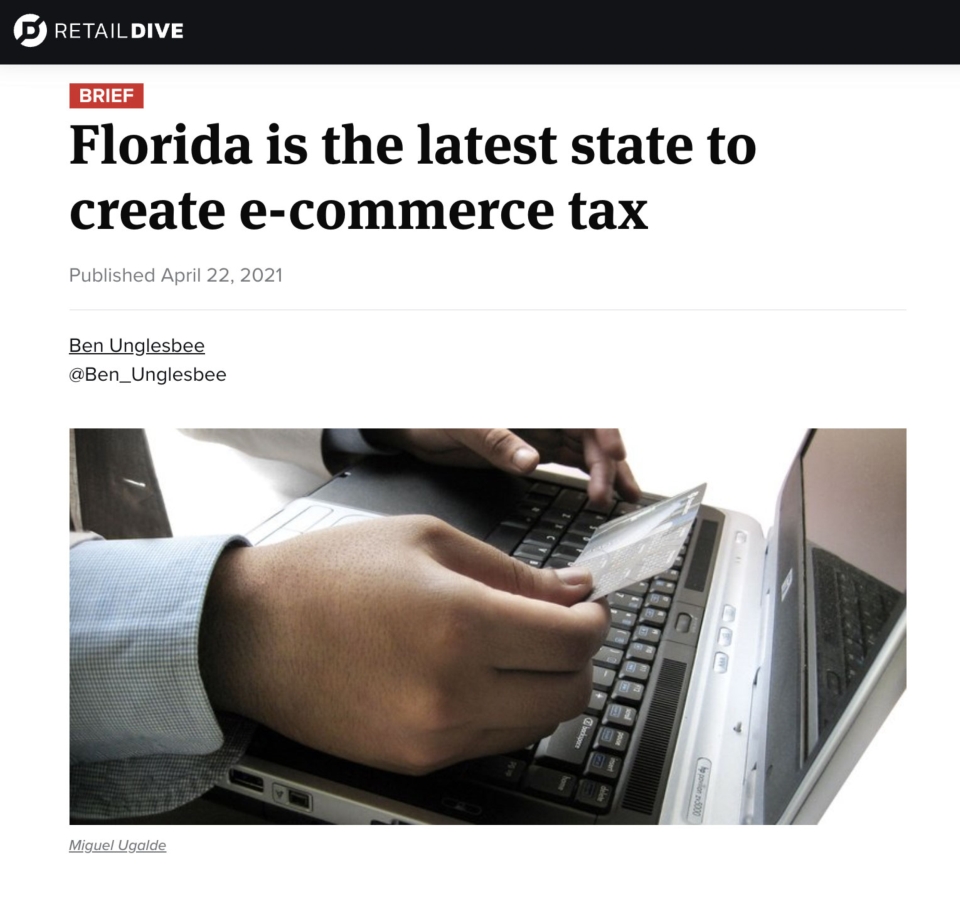 RetailDive: Florida is the latest state to create e-commerce tax

Good news for indie stores: Florida will require out-of-state sellers shipping to the state to charge tax. Taxes are a big deal in Florida: since Florida has no income tax, it has a notable state sales tax (6%, compared with New York’s 4%), with Florida municipalities adding up to another 1.5%. The incentive to buy online from out of state 'saved' the Florida buyer about 7.5%.

Now, this Florida law will level the playing field and remove the incentive to ...Read more of post 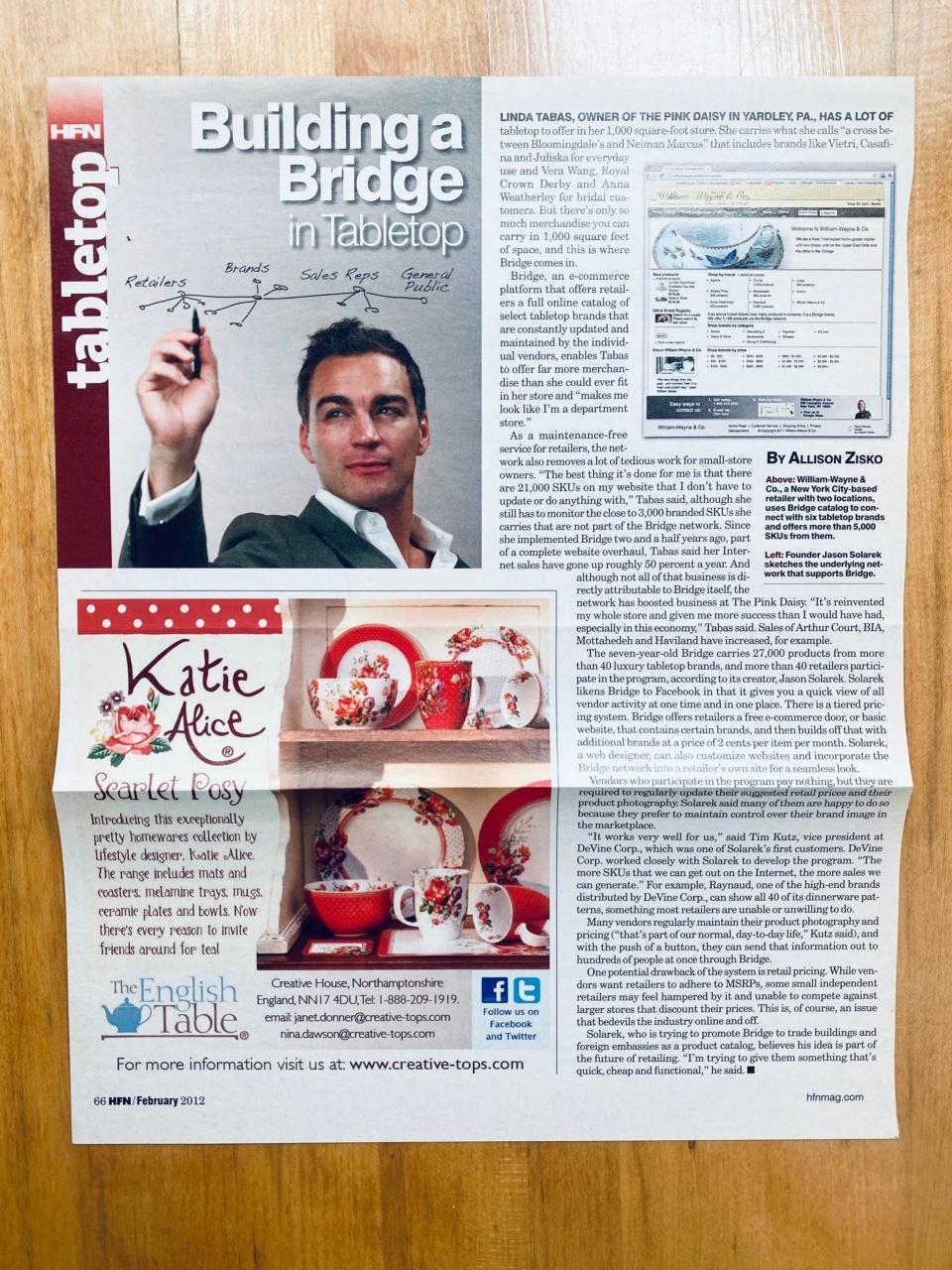 We’re pleased to see William-Wayne & Co. featured in the article. This NYC retail heirloom has been a client since 2001–before we even started Bridge or the Smart Products marketing service. They’re still a client today. Thank you William-Wayne &...Read more of post

Jason Solarek at Bridge
April 6, 2021
RetailDive: The omnichannel age is here — and it's expensive 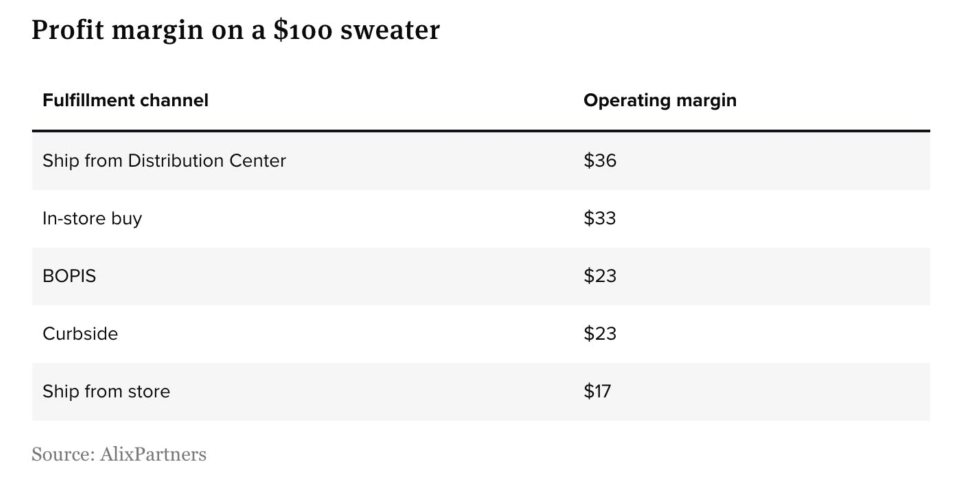 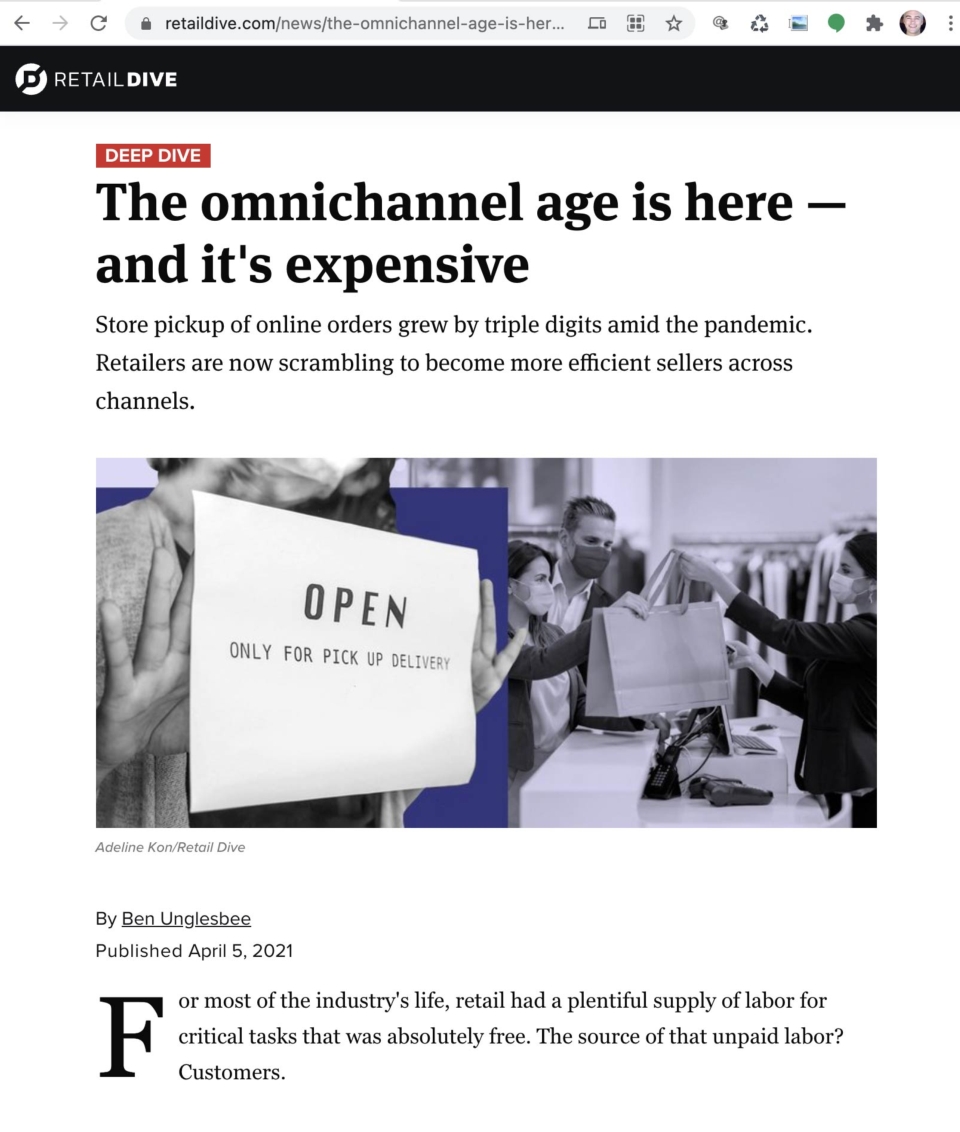 RetailDive: The omnichannel age is here — and it's expensive

Operating a website is expensive--not only because programmers are expensive, but because margins are smaller.

For 10 years, Bridge has encouraged stores to beef up spending in preparation for the e-commerce boom.  It's easier to spend a little each year over many years than spend money in a panic. Money spent in haste often results in waste. As a reference, when traditional retailers tried to catch Amazon, they often failed in their scramble. Please  ...Read more of post 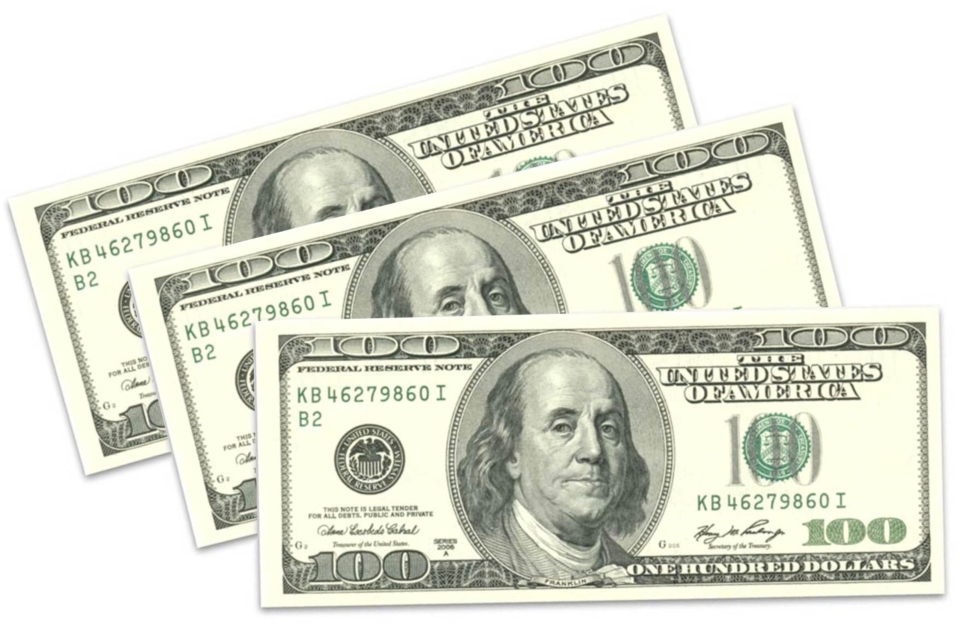 FOR SALES REPS AND BRANDS:

E-commerce sales are up 40%. Are your stores ready?

You can help them.  Sign them up for a free Bridge Store. Bridge will pay you $300 for each retailer that you sign up. 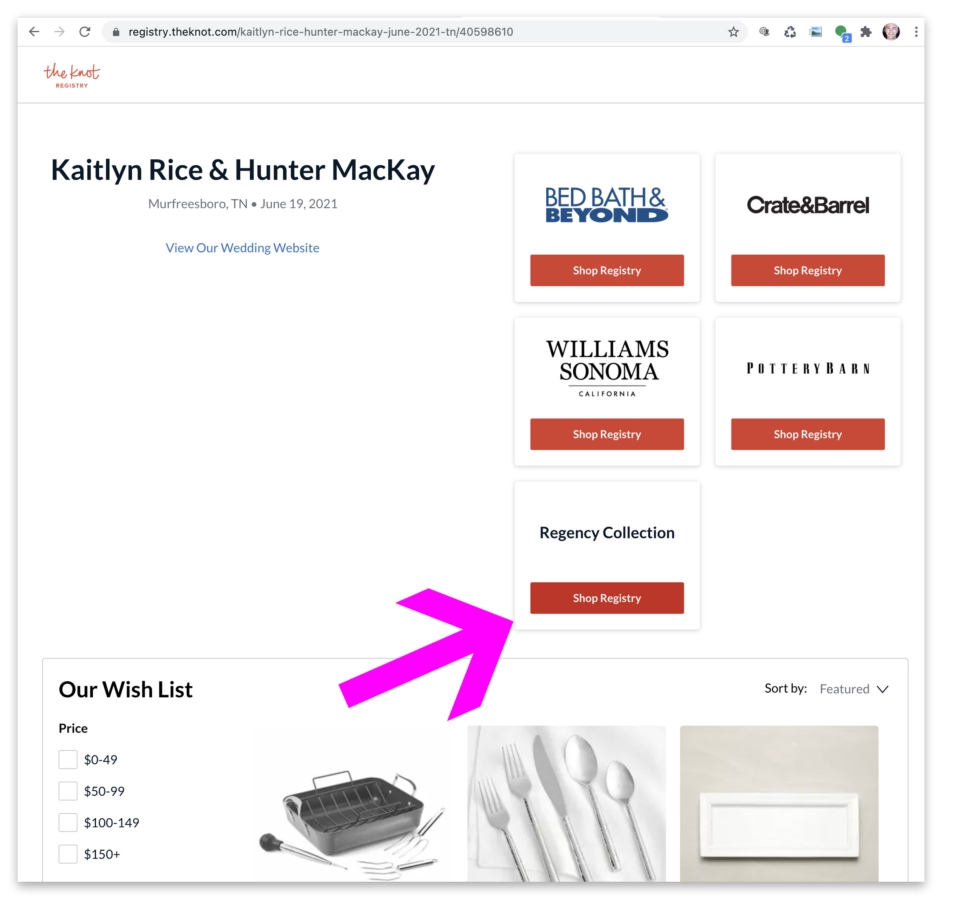 We're proud to help the indie store be displayed alongside these retail giants.  The Regency Collection, owned by Linda Geffen and based in Boca Raton, Florida, appears alongside Bed, Bath & Beyond, Crate &...Read more of post 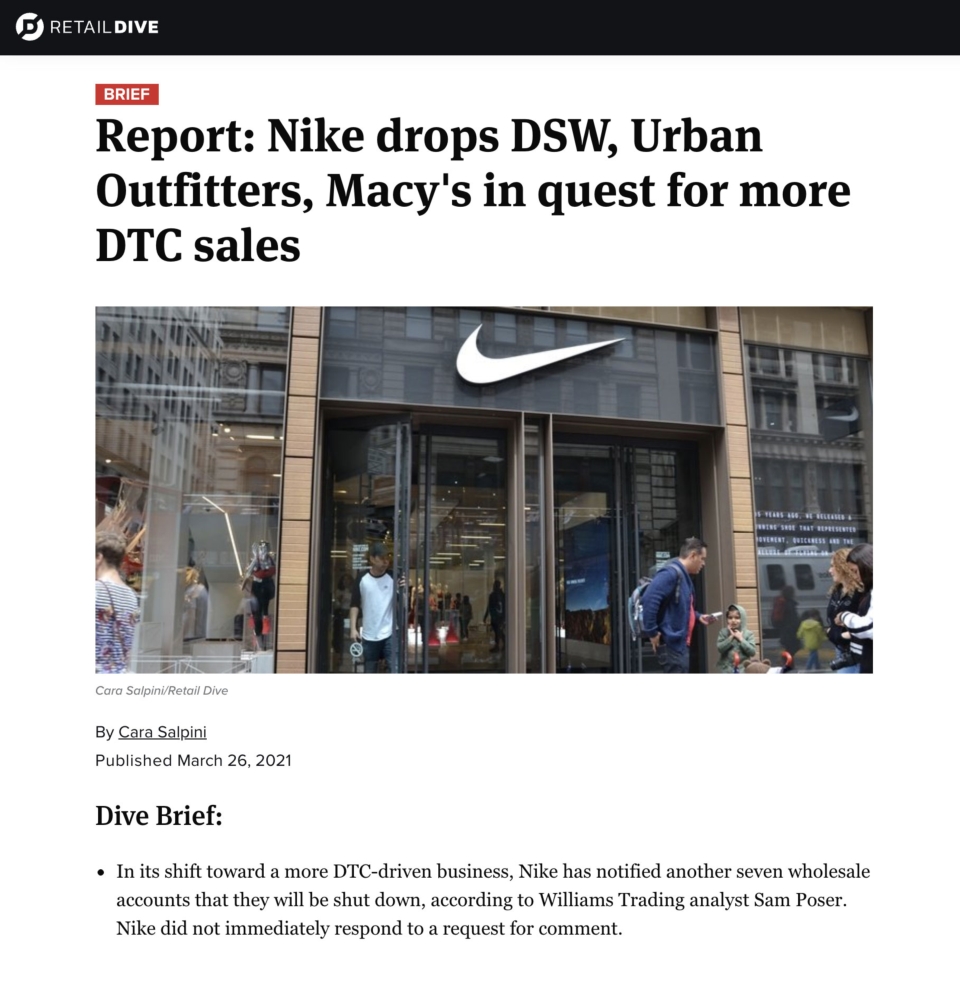 Brands and retailers used to be friends. Now they're: 'frenemies.'   Brands continue to use the power of e-commerce websites and social media to work around retailers, as evidenced in this news that Nike is no longer selling to Macy's. 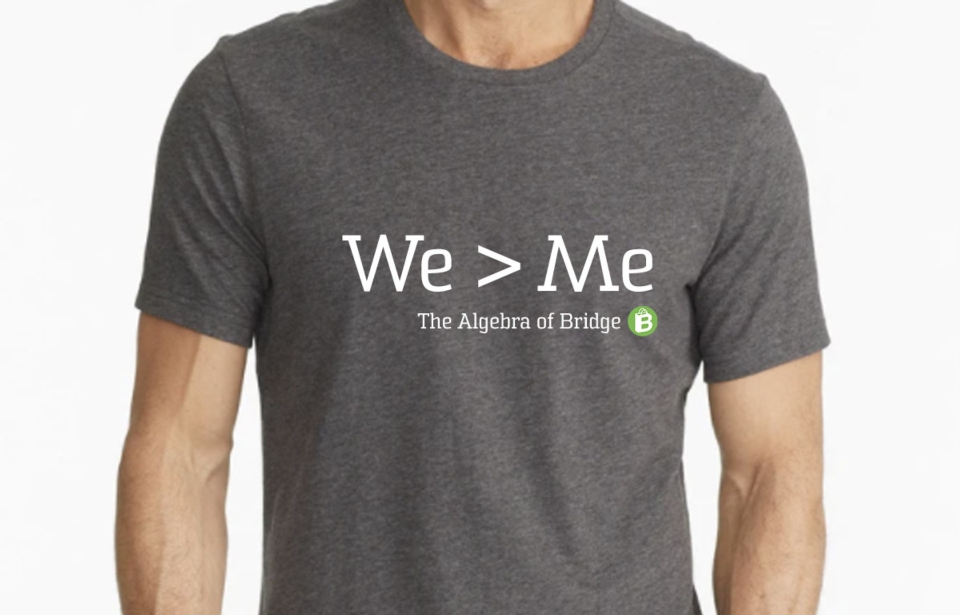 As a group, we're stronger. 'Me' websites, like those offered by Shopify, put businesses in a silo and isolate them. The store is left to fend for itself alone.

In contrast, Bridge is a social e-commerce platform that leverages the strengths of the group. We crowd-source product maintenance to show more products and sell more. 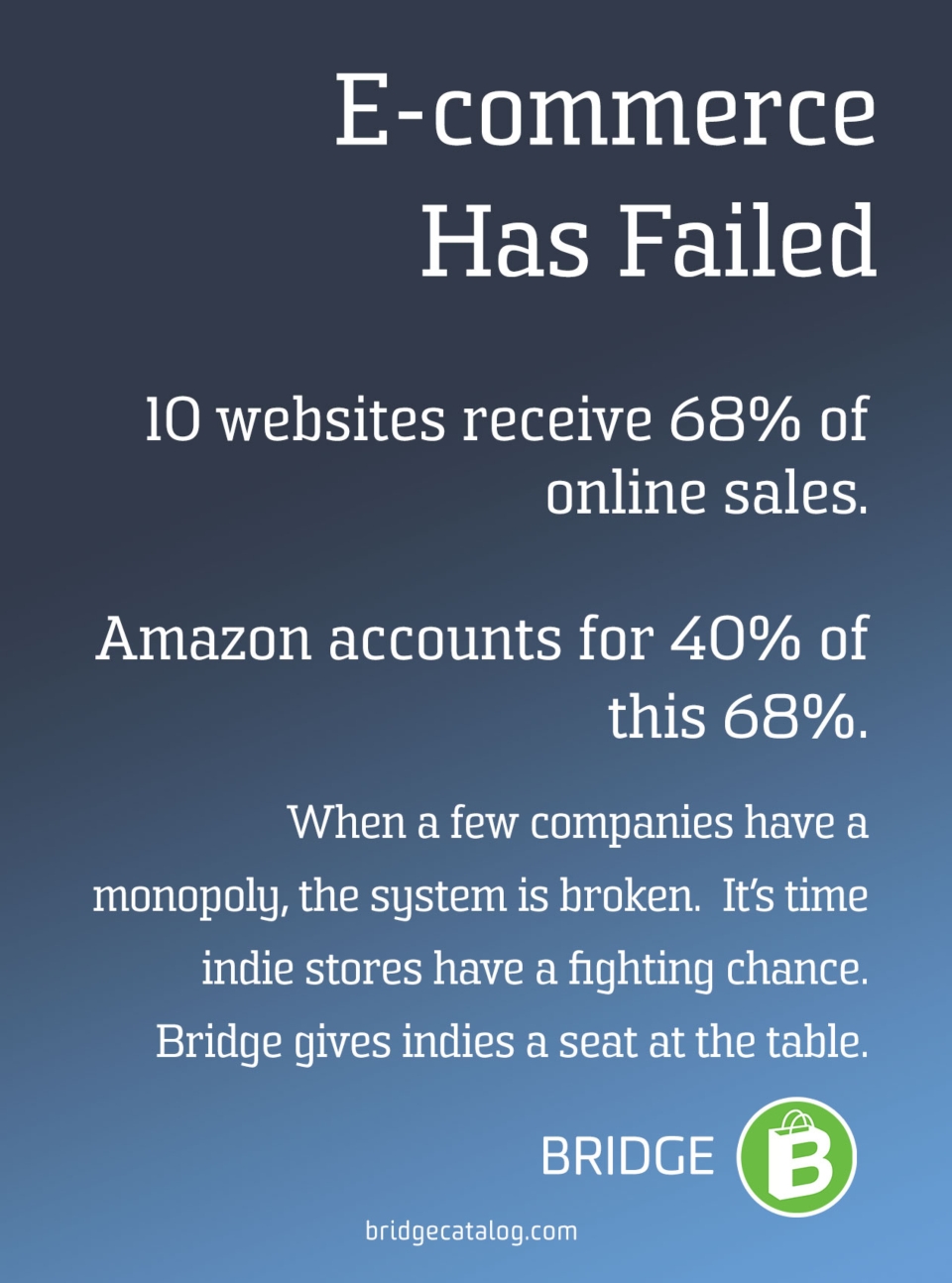 When a few companies have a monopoly, the system is broken.  It’s time indie stores have a fighting chance. Bridge gives indies a seat at the table.
e-commerce   bridge

Jason Solarek at Bridge
March 8, 2021
Today’s Times reveals what we all know: e-commerce is tough for indies 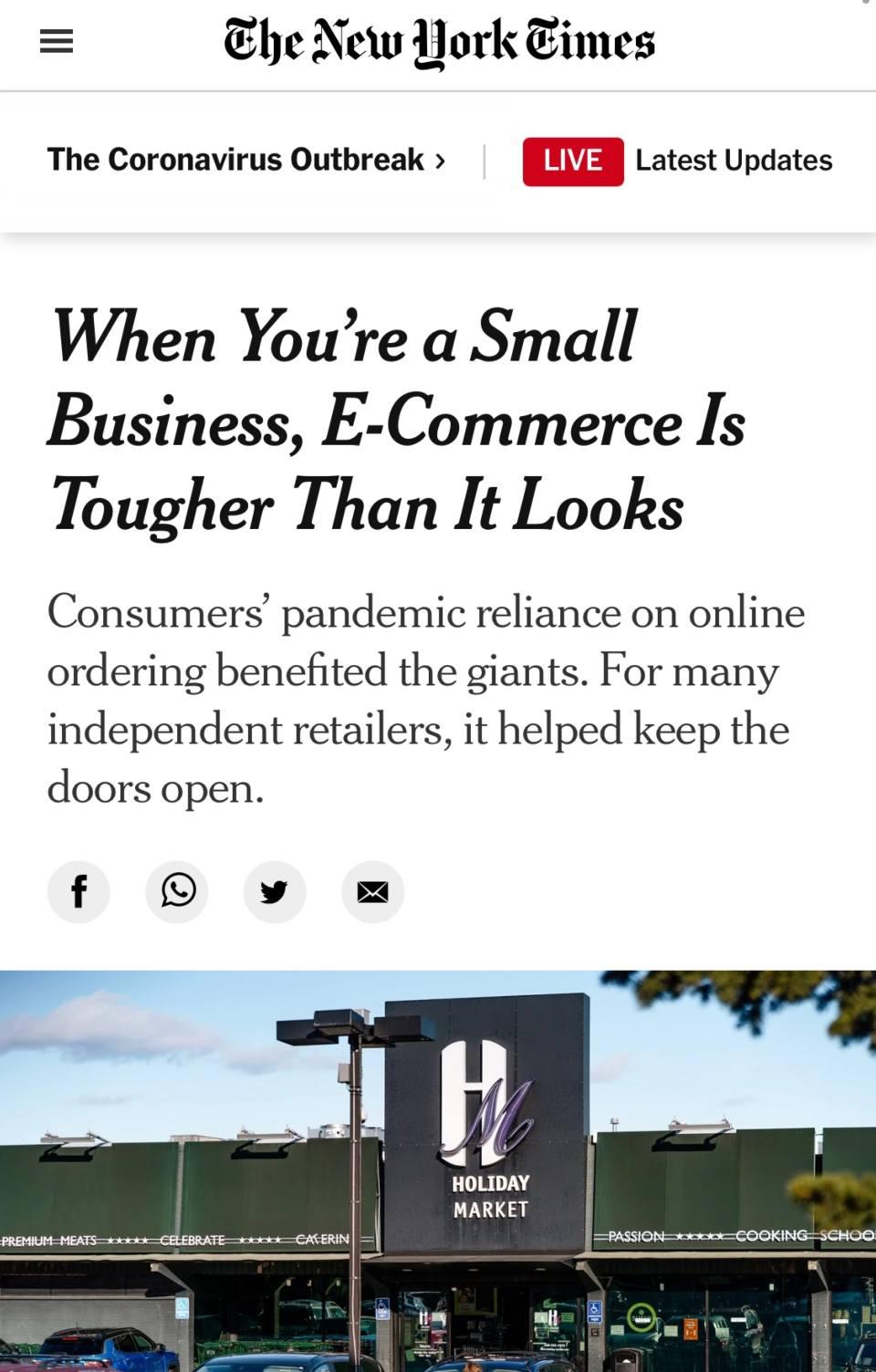 Today’s Times reveals what we all know: e-commerce is tough for indies

For many indie stores, running an online business is tough and expensive, shares  today’s Times. For 10 years, Bridge has served indie stores by paving this process and making it easier. We started with two stores and now help more than 720 brick-and-mortar, Main Street community legends.

Excerpts from the Times article: ...Read more of post